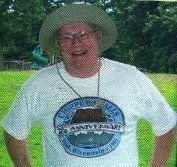 John continued his education at Harvard University from 1954, until 1958. John then served as a surgical tech in the U.S. Army from Dec. 1958, until his honorable discharge in Dec. 1960. He then earned a B.S. in electrical engineering from the University of Wisconsin-Madison in 1963.

In May of 1966, John was set up on a blind date and after a brief courtship, he married Mary Elizabeth Goodoien on December 17 of that same year.  They lived in Chippewa Falls for the first eight years of their marriage. John's career then took him to Coon Rapids, MN where they resided for the next 19 years while he worked for Control Data in Arden Hills, MN.  In 1992, he and Mary returned to Chippewa Falls.  He worked for Cray Research, Inc. (later part of Silicon Graphics) from 1992-1998, designing the first supercomputer in his early career.

While growing up in Kenosha, WI, John was active in the Catholic church.  According to Mary, "he was the cutest little altar boy you ever saw!"   He was also an avid ham radio operator as well and his handle was K9ABP (King Niner Able Baker Peter) and belonged to several clubs throughout his life. After marriage, he became a member of the Lutheran Church and along with Mary, was an active member of Central Lutheran Church in Chippewa Falls. He was also a former member of the ELKS Club.

A memorial service was held on May 14, 2016 at Central Lutheran Church, 28 E. Columbia St., Chippewa Falls with the Rev. Aaron Sturgis officiating.  Military honors conducted by the Chippewa Falls Patriotic Council immediately followed the service at the church. After the military honors, a luncheon reception was held in the church fellowship hall.