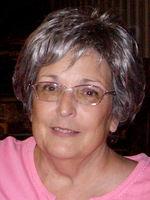 Joanne Wolf, 66, of Pleasant Prairie, quietly traveled on to her next adventure on February 8, 2011 after a year-long standoff with cancer.

Born December 20, 1944, and raised in Kenosha, Joanne was the daughter of the late George and Charlotte (Truskowski) Grochowski.  She attended local schools and graduated from Mary D. Bradford High School in 1963. She married Gerald (Jerry) Wolf in November of 1964. They ran Smith Printing Co. until her husband’s death in 1999.

After her retirement, she followed her interest in archeology with her beloved best friend and companion Peter Braun.  Together they explored Peruvian pyramids and ancient maritime Atlantic Viking sites in Newfoundland and Labrador. In 2008 they volunteered for the National Parks in Utah, hiking to and camping at canyon cliff dwellings and petroglyph sites on their days off.

Joanne was a member of St. Anne’s Catholic Church and the Girl Scout Alumni.

Surviving are a daughter, Julie (Jeff) Curi of Henderson, NV; her grandchildren, Chase and Colin; a sister, Catherine Grochowski of Chicago; and many nieces and nephews, all of whom she considered her adopted children.

A brief service was held on February 12, 2011 at Proko Funeral Home, followed by private interment in St. James Cemetery.  In lieu of flowers or memorials, Joanne has requested that her friends and family plan and enjoy an outdoor experience to keep her adventurous spirit alive.