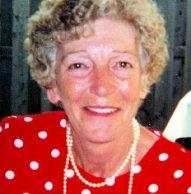 Sandra M. Marting, 76, of Kenosha, passed away on Monday, January 15, 2018, at ManorCare Health Services, surrounded by her loving family.

Born in Kenosha, on July 20, 1941, she was the daughter of the late Walter and Margaret (Schmitz) Petersen.  A lifelong resident of Kenosha, she was educated in local schools and graduated from Mary D. Bradford High School.

As a young woman, Sandra moved to San Jose, CA to embark on life's journey.  She was employed by VELCON, and that is where she met her future husband, Robert G. Marting.  They were married January 6, 1973, in San Jose.  They followed VELCON to Colorado Springs and made their home in the beautiful mountains.  They were worldwide travelers and had a special love for visiting Asian countries.  He preceded her in death on February 8, 1998.

Sandy retired from VELCON and moved to Kenosha to be near family in 1999.  She enjoyed bowling and golf, and belonged to various leagues.  She had a love for animals, especially her loving puppy, Shea.

The family would like to thank the staff at ManorCare for the loving care they provided Sandra for the last two years, adopting her as their very own "Aunt Sandy".  They also wish to thank Brenda, Charlie, Sarah, Connie, and all the staff from Hospice Alliance.

Visitation will be held on Saturday, January 20, at Proko Funeral Home from 3 p.m. until the time of service at 5 p.m.  Interment will be private.  In lieu of flowers, donations to Hospice Alliance would be appreciated.