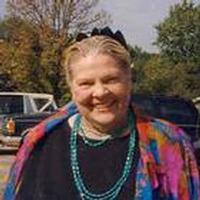 Kathryn was born on January 15, 1921 in Kenosha, WI; she was the daughter of the late Charles W. and Emma M. (Niebling) Keating.  She was educated at St. James Catholic School and was a graduate of Bradford High School.  In 1941, she graduated from the College of Commerce.  Kathryn worked as a secretary for Tri Clover in Kenosha while she commuted to Illinois to go to college.  She graduated with a Master’s Degree in Education from Northwestern University in 1944.

On September 2, 1944 she married Clifford M. Richards of Kenosha in Los Angeles, CA at St. Vidana’s Cathedral between his missions in the war.  Clifford preceded her in death on December 29, 1975.

After graduation Kay taught 4th grade in Evanston, IL as well as Hyde Park School in Waukegan, IL.  She taught in Illinois for 25 years.  She started teaching in Wisconsin in 1969, where she taught 3rd and 4th grades at Harvey Elementary School for 25 years, retiring in June 1994.

Kay was a member of St. James Catholic Church.   She was a member of the Elks Club, Kenosha Moose Lodge, Kenosha Historical Society and the Delta Kappa Gamma Society.  She also served as a board member for the Boy Scouts of America.

Kay loved her pets and entertaining her grandchildren and their friends.  She will always be remembered as a giving person, never asking for anything in return.  Kay’s passion was her teaching.

She was preceded in death by two brothers, John Keating and Charles Keating.