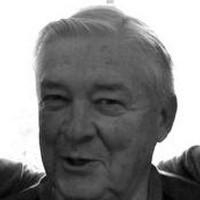 Robert James Girman, 77, of Locust Grove, VA passed away Sunday, October 2, 2011 at his home.  He was born October 1, 1934 in Kenosha, WI, the son of the late William and Agnes Girman. He was a retired U.S. Navy Captain and received a Bronze Star Medal for combat in Vietnam. Mr. Girman was an avid Green Bay Packers fan and well loved by a large contingent of friends and family.

Mr. Girman is survived by his wife Betty Girman, his five daughters, Suzanne, Dianne, Joanne, Roxanne and Leanne; his nine grandchildren and one great-grandchild. He is also survived by his sister Mary Anne Bleaska. He is predeceased by his brother William Girman.

A funeral mass was conducted October 6, 2011 at St. Patrick’s Roman Catholic Church in Spotsylvania, VA. Burial with military honors were conducted at Arlington National Cemetery at a later date.