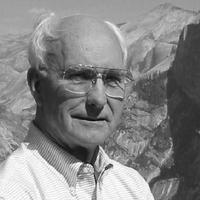 Hozie Burke, a resident of Camarillo, California, quietly passed away the night of September 21, 2018, at the age of 86.

Born on March 28, 1932 in Jay, FL to Willie C. Burke and Bertie (Jackson) Burke, Hozie was the oldest of ten children.  The family moved to Kenosha, WI in 1942.  Through the years of the Depression, Hozie worked beside his parents to provide for the family, laboring in farm fields and at a dairy in exchange for milk, butter and cheese for home, as well as hunting and trapping for meat for the table and pelts to sell.

Hozie fondly remembered his school days and teacher at the one-room Springbrook School in Kenosha County.  He left high school in order to begin work at American Motors and was proud to earn enough to buy his mother a washing machine, and treat the young ones on occasion.  In 1950, Hozie enlisted in the Army and was stationed in Salzburg, Austria as part of the U.S. forces assigned to the country's occupation zones.

One sunny day, Hozie saw a girl walking down the gravel road in front of his parents' home to the mailboxes and told his mother he was going to marry her.  At the time his mother laughed, but on October 3, 1953, he married that girl, Laura Turco, the love of his life.  In 1964, they moved their family to Oxnard, CA.  They were married 64 years.

He loved to read and learn, earning a degree in Horticulture from Ventura College, and stayed up-to-date on best practices in his chosen field. He could grow anything - except, much to his chagrin, a gardenia, his wife's favorite flower.  Yet, he kept trying, just for her.

Hozie dearly loved his country and demonstrated by his example that our freedom was bought by the service and sacrifice of others and that every citizen has the responsibility to be informed and involved in our democracy at all levels.  He loved reading historical and politically aware selections, as well as any news source he could find.

He was preceded in death by his parents and siblings, twins Bobby and Dolly Burke in infancy, Clyde Burke and Harold Burke.

Family and friends are invited to visiting hours Friday September 28, 2018 from 4:00PM to 8:00PM in the Joseph P. Reardon Funeral Home & Cremation Service, 757E. Main Street, Ventura, where a Rosary will be recited during those visiting hours at 7:00PM.  Requiem Mass will be offered on Saturday, September 29, at 12:30PM at Saint Mary Magdelan Chapel, 2532 Ventura Blvd in Camarillo.  Interment to follow immediately at Ivy Lawn Cemetery, 5400 Valentine Road, in Ventura.