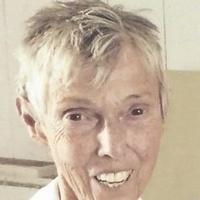 She was born on September 27, 1941, in Mondovi, Wis., the daughter of the late Clifford and Helen (Steihl) Tuff. She was educated in the schools of Kenosha. Mary married Delmar Paul on June 24, 1961, in Kenosha. She worked as a secretary for a local real estate office. She enjoyed playing cards.

A visitation will be held on Monday, March 7, 2016, at Kenosha Funeral Services from 10 a.m. to Noon, with funeral services to follow at Noon. Burial Sunset Ridge Memorial Park.

In lieu of flowers, memorials to Hospice Alliance or Scleroderma Foundation would be appreciated.