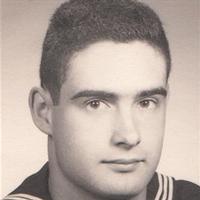 After many years with a weak heart, Mr. James Lengacher died of many system complications due to his heart condition. He died comfortably at his home on Tuesday, September 22, 2015.

James was born in Madison, WI on July 20, 1943 to Leroy and Hulda (nee: Lengacher) Boothman. He was adopted at the age of two, after the death of his mother, Hulda by Fred and Gertrude (nee: Buergisser) Lengacher.  James moved with his adoptive family at a young age and attended Kenosha schools. He graduated from Mary D. Bradford in 1961.  He entered the United States Navy at age17.  After faithfully serving his country for eight years, he was honorably discharged. James settled in Texas where he worked for AT&T.  After his retirement, he moved back to southeastern Wisconsin.

Jim enjoyed photography, computers, and genealogy.  Facebook allowed him to stay in close touch with family and friends which is something he cherished.  Jim also took great pleasure in helping people make personal connections.

He was preceded in death by his parents and adoptive parents.