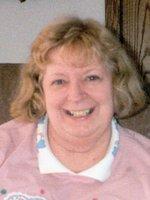 Janice E. Zimmerman, 67, of Kenosha, passed away on Monday, February 16th, 2009, at United Hospital System-Kenosha Campus.  Born on October 11, 1941, in Racine WI, she moved to Kenosha as a young child. She graduated from Mary D. Bradford High School in 1959, and later from Gateway Technical College with an Associates Degree in Accounting.

On September 30, 1960, Janice married David Zimmerman at First Baptist Church. He passed away on April 6, 1992.  For over 20 years she worked at PPG Management, retiring in 2001. She continued working part time at Accurate Tax until 2008.

A member of First Baptist Church, she sang in the choir and was an occasional soloist. Janice served as Church Secretary and Sunday School Teacher. She also served on several Church Boards retiring as Moderator. When her daughters were children, she was a Girl Scout Leader, 4-H Leader, PTA, PTA Past Presidents Club, and Orchestra Booster. She was also a member of the National Humane Society. Janice loved spending time with her grandchildren.

She was preceded in death by her mother and father, A. Frances and Dewey Sammons.

Funeral services were held on February 20, 2009 at First Baptist Church, followed by interment in West Lawn Cemetery in Racine.