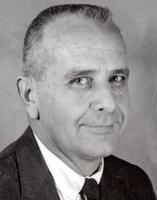 He was the son of Arthur and Marie Henrietta (Buechner) Piepenburg.  He died on Friday, June 7, 2013, at his residence in Kenosha.

He was united in marriage to Lucy E. Kitchen on November 23, 1946, at Friedens Evangelical Lutheran Church in Kenosha, WI.  She preceded him in death on September 23, 1999 and is interred in Arlington National Cemetery in Arlington, Va.  He was also preceded in death by his parents and a sister.

He enlisted in the United Marine Corps in January 1942, and saw action in the attack at Dutch Harbor Alaska, June 1942.  He was a member of the Fifth Motor Transportation Battalion, U.S. Marine Corps Fifth Marine Division during the battle of Iwo Jima.  He was discharged in January 1946. He enlisted in the United States Army in June 1947. He retired from military service in July 1963 after serving 20 years. His awards include The United States Army Commendation Medal, Navy Unit Citation, United States Marine Good Conduct Medal, American Theater Medal, Asiatic Pacific Campaign Medal with two Bronze Stars, World War II Victory Medal, Occupational Medal, and the National Defense Medal.

He is survived by two sons and their wives, Sheldon and wife Diane of Ebensburg, PA, and Kurt and wife Kate Jerome of Kenosha, WI; four granddaughters, Sheri and her husband Jason Schwab of Rancho Cucamonga, Calif., Michelle of Ebensburg, Penn., and Lauren Margaret and Carly Eliza, both of Kenosha; numerous cousins, nieces, nephews and two sisters-in-law, Nina Kranz of Kenosha and Mary Jo Kitchen of Bevier, Mo.

Visitation was held on Wednesday, June 12, 2013.  He was buried in Arlington National Cemetery, Arlington, VA, with full military honors. In lieu of flowers, memorials to Boy Scouts of America or Carthage College would be appreciated by the family.