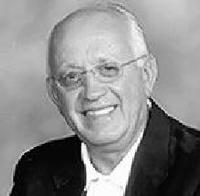 Joseph L. Brittelli, cherished father and friend of Kettering, OH passed away at the age of 77 on Sunday, July 1, 2018.  He was born in Kenosha, WI to the late, John and Retha (Lemmon) Brittelli.  Also preceding him in death is his brother, James Brittelli.

Joe began his college career at UW-Whitewater earning his Bachelor's in Business and receiving the Wall Street Journal Award for Business at Colorado State University.  He then earned his Master's degree at the Air Force Institute of Technology.  Joe retired from a successful career in the USAF.  He then started his own company, AMCI in Alexandria, VA, where he developed, wrote and presented training programs for the Department of Energy and Department of Defense.  After a successful second career, he sold his company but was retained as a development and management consultant.  He began yet another career as the Parish Center Manager for Church of the Incarnation.  He officially retired in 2015 after making a positive and lasting contribution to the parish's many programs and activities.  Joe still remained active and volunteered at KMC as a discharge escort twice a week, particularly enjoying escorting the new moms and their babies.

He was a die-hard fan of the Green Bay Packers and was affectionately recognized by his signature jacket and car window flags flying proudly on his gold Ford truck.  Joe was also an avid fan of the Wisconsin Badgers, Notre Dame and the Cincinnati Reds.  He enjoyed walking daily at Trent Arena and spending time with family and friends. Joe was a very generous, kind, loving role model and mentor to so many and will be dearly missed by all that knew him. Joe has truly left this world a better place by his presence in it.

Mass of Catholic Burial was on Tuesday, July 10 at Church of the Incarnation.  Visitation for friends and family was on Monday, July 9 at The Westbrock Funeral Home, in Kettering on Monday, July 9.  In lieu of flowers, memorial donations may be made to the Disabled Veterans of America or St. Jude Children's Research Hospital.