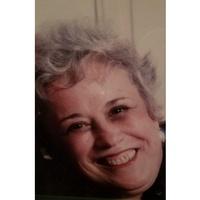 Mary Earl, 95, of Kenosha passed away on Monday, October 15, 2018 at Brookdale in Kenosha surrounded by her loving family.

Mary was born on July 26, 1923 in Warren, OH, the daughter of the late Harry and  Winifred (Martin) White.  She was educated in the schools of Kenosha.  Mary married Arthur Earl on September 2, 1950 in Kenosha.  She was a homemaker for many years.

Mary was a longtime member of Our Lady of Lourdes Catholic Church in Dunedin, FL. Her hobbies included playing bridge and, most of all, spending time with her family and friends, especially her children, grandchildren and great grandchildren.