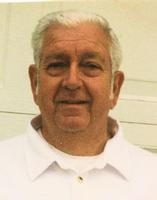 Russell Domenic Sesto, 76, of Kenosha, passed away peacefully on Monday, June 4, 2018, at his residence.

Born in Kenosha on July 19, 1941, he was the son of the late Domenico and Caroline (Mancusi) Sesto.  A lifelong resident of Kenosha, he graduated from Mary D. Bradford High School.

Russell was employed as a General Manager for K-Mart until his retirement, when he began working as a Charter Fisherman running his own business, Domenico Charters, for 20 years.   He enjoyed fishing, and collecting antique cars. Russell was a member at St. Therese Catholic Church and the NACO National Association of Charter Boat Owners.

He is preceded in death by two sisters, Betty Sesto and Rita LaMacchia.